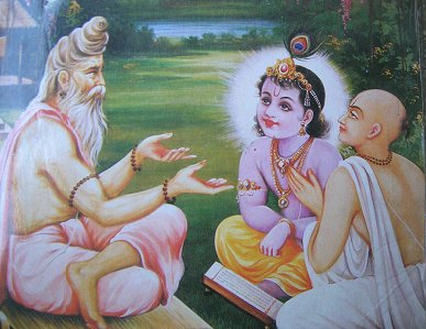 Vedic astrology (JYOTISH) readings assume the law of karma and past births. That is why, in our horoscopes we find mention of “Dasha Bhukti balance”.

There are resonance relationships between the planets, colors, gemstones, digital sequences, and other phenomena. Each planet is resonant with specific frequencies of the color spectrum.

A third generation astrologer, astrological understanding of Dr. Santosh Sharmaa and it’s applications in real life situations , makes him stand apart from traditional astrologers of present era.His theories are based on physics, meta-physics, neurology, logic and energy fields and their interactions on human body and mind.He has developed a unique system of graha influence on our chakras.At the bottom (red color) is the root chakra. This chakra is for survival and life energies.

Root or mooladhara  chakra is controlled and influenced by Rahu and Mars. Rahu being Infra Red and Mars Red color frequencies.Near Navel (orange color) is the Swadhisthana chakra, responsible for pleasures of life and pro-creation.

Swadhisthana chakra is controlled and influenced by Venus and Moon.Above navel area in the Manipura chakra (yellow color) which is the seat for power, promotion, success.

Manipura  chakra is controlled and influenced by Sun  and Jupiter.Over the heart (green color) is the Anahata chakra, which is the seat of emotions (love, hatred, insecurity, sadness etc.) .

Heart or Anahata  chakra is controlled and influenced by Mercury.Over throat (blue color) is the vishuddhi chakra for expression and communication.

Throat or vishuddhi  chakra is controlled and influenced by Mercury  and Saturn (as a combination).On the forehead, between the eye brows is the third eye or Ajna chakra which bestows power on us to visualize and plan our future.

Ajna chakra is controlled and influenced by Saturn, which works like a GPS.

On the top of head is the Crown chakra (Sahasraara), which works like an antennae to download out-box ideas from universe.  Crown  chakra is controlled and influenced by Ketu.

What Our Customers Say

A very thorough cleansing was done. So many issues surfaced. I have amazing clarity through the sessions.Thank you and God Bless!

Guidance, support, trustand many more things you will get from him. He guides like true friend to me. I always feel a personal touch from him. Best Astrologer Consultation.

Santosh ji is the best astrologer and he is polite and soft spoken. predicted good. explained well. accurately predicted about my daughter's marriage and time of marriage. Good Service.

He is the best astrologer in Delhi. My all problem is solve after meet him.<br> Thank you sir. 17 mukhi rudraksha.

All his predictions about us was 100% accurate. Whatever he told about us based on our horoscope, was completely true. best vedic astrologer in pune.

Superb response from this astrologer. Had booked appointment for online consultance. I'm satisfied with all my queries getting solved by him. best astrologer.

Top most Astrologer in india because his many followers who talk positive his pritiction.Really i felt that He is very good motivator for youngers also.

In Hyderabad , he sounded like a very knowledgeable astrologer. He provided some future timeliness in terms of marriage, job, and financial stability, among other things.

Excellent in terms of everything. Very professional, patient and make us feel so comfortable with their expert experience, help and knowledge. best vedic astrologer in india.

Simply awesome.He guides and counsels you for every corner of your life and his remedies just work wonders. He predicts accurately and speaks exactly, best astrologer in india.

He has great knowledge about astrology. Hoping the remedies work well for me Would definitely consult him again. Thank you

I must say, his solutions has certainly brought back the peace and helped in progressing towards right path of life. Based on several discussions. Best Astrologer Consultation in delhi .

He is great astrologer. He is providing all the divine way to keep away from hurdles in life. He will definitely set the mile stone in astrology.

Really he is one of the best astrologers in kolkata. We all family members got perfect predictions and solutions from him. Best Astrologer Consultation

I had some severe problem before one year and so I visited him. I got very good results. best astrologer in india.

Top Astrologer Blue Sappire and Emerald buy. I highly recommend coming to ascertain him! Real then accurate!!! His whole vibe and energy! He's the important deal and best astrologer in india.

The best astrologer I have ever see, I reffer all my friends and family members towards him. His remedies are really very effective and u will see the effect are visible soon in life.

I really thankful to santosh sir for his guidance and support, I met him for career related issue, the way he explained me my chart and given scientific explanation. best astrologer consultation.

Career Astrology,Vastu Services, Rudraksha today had been truly energizing. So thanks to you for all this

I know Santosh Sharma since 2 years. He has helped me in all spheres of life. For me he is like God to me and without him…

very humble and knowledgeable astrologer. I spoke to him on the phone and he patiently gave me enough time to discuss the problem and explained in details. So thankful to Guru Ji for his guidance. Best Astrologer Consultation.

He's absolutely brilliant and trustworthy. I have been to many astrologers before and by now can easily decipher whether a person or his advice is genuine and trust me he's totally worth your money and time

Santosh ji is one of the best renowned person in the field of astrology. He is very genuine person and learned man. All his predictions and advise have been come true, helpful and a source of light in the hardest times.

He is a very good human being and astrologer. He told me to continue my business and I got success within 6 months. He changed my life. Best astrologer and his prediction too.

Disclaimer: Results may vary from person to person.